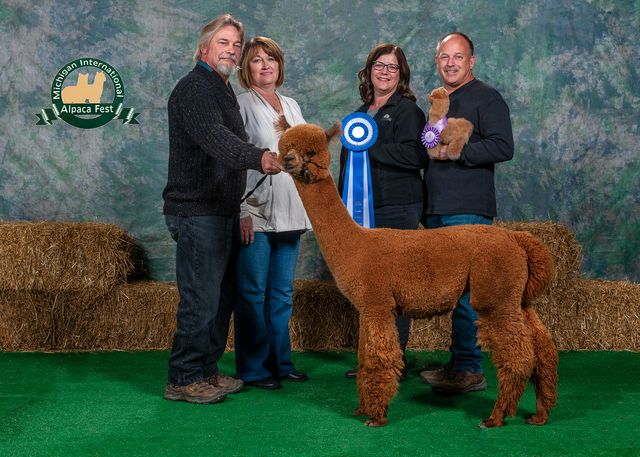 Multiple Herdsire of the Year Winning

His sire needs no introduction—he is none other than Jeremiah’s Peruvian Jumanji: 14 time Champion, 4 time Judge’s Choice, and 2016 and 2017 Herdsire of the Year in both light and dark classes! His progeny’s record in the show ring speaks for itself.

We are extremely honored to be able to add a male of this caliber to our breeding programs. Thank you, Jeff and Lori Williamson of Liberty Alpacas, for trusting us with this special male!

We look forward to showing him over the next two years, and we hope to get him working late in the summer of 2020.

We have decided his barn name is Money!

At the Illinois Alpaca Show he took a 1st and CH in walking fleece with a score of 74.5!!
American Alpaca Show 1st and R CH behind the Judges Choice.

UPDATE: ALL 5 INTRODUCTORY BREEDINGS HAVE BEEN SOLD

We are offering a breeding at $1,800 since all introductory breeding's have been sold. Get a breeding now before the fee goes up!

Money's first offspring is on the ground. A lovely girl we name Penny. Her showed very well at the only show she attended this spring. Very fine fleece with good crimp structure coming in!

Call to discuss terms. We will work with you to find a plan that works for you. 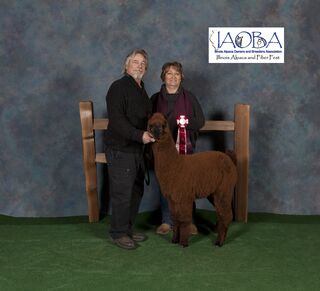 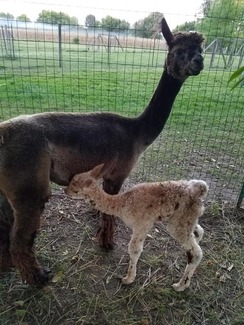 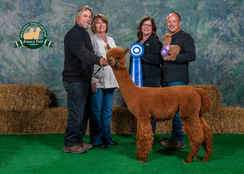 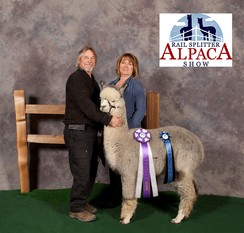 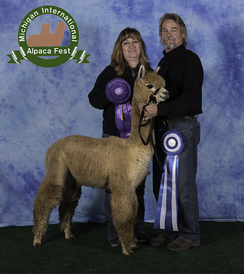